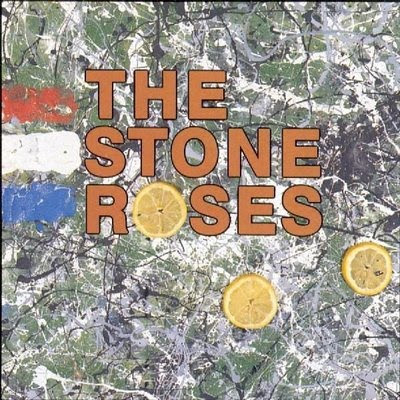 My little brother died in 1990. It was sudden and unexpected and fucked me up. I had to clear his apartment and had an old friend of his fly in to help with the process. During the week the two of us worked our way through my brother's shit, sorting that which should be kept from that which was destined for the dumpster, we played a lot of music. That friend had brought this disc with him and it ended up on repeat play as I finished off beer after beer (the friend was on the wagon leaving lots for me.)

This record has been praised over the years: "one of the greatest debuts ever," "a masterpiece combining pop and dance," blah, blah blah. Fuck all that. From the sound drenched beginning of the first track, I Wanna Be Adored, that evolves into a dark and disturbing cocksure pronouncement (it's not a plea,) this thing had me hooked. I raged, wept, and got distinctly fetal to this record. It seemed to fit my needs superbly.

I don't listen to it much anymore (maybe I should), but when I do it's a goddamned rib-spreader: exposing my heart, lungs, and assorted viscera to the elements of that wretched time.

amg:
Since the Stone Roses were the nominal leaders of Britain's "Madchester" scene — an indie rock phenomenon that fused guitar pop with drug-fueled rave and dance culture — it's rather ironic that their eponymous debut only hints at dance music. What made the Stone Roses important was how they welcomed dance and pop together, treating them as if they were the same beast. Equally important was the Roses' cool, detached arrogance, which was personified by Ian Brown's nonchalant vocals. Brown's effortless malevolence is brought to life with songs that equal both his sentiments and his voice — "I Wanna Be Adored," with its creeping bassline and waves of cool guitar hooks, doesn't demand adoration, it just expects it. Similarly, Brown can claim "I Am the Resurrection" and lie back, as if there were no room for debate. But the key to The Stone Roses is John Squire's layers of simple, exceedingly catchy hooks and how the rhythm section of Reni and Mani always imply dance rhythms without overtly going into the disco. On "She Bangs the Drums" and "Elephant Stone," the hooks wind into the rhythm inseparably — the '60s hooks and the rolling beats manage to convey the colorful, neo-psychedelic world of acid house. Squire's riffs are bright and catchy, recalling the British Invasion while suggesting the future with their phased, echoey effects. The Stone Roses was a two-fold revolution — it brought dance music to an audience that was previously obsessed with droning guitars, while it revived the concept of classic pop songwriting, and the repercussions of its achievement could be heard throughout the '90s, even if the Stone Roses could never achieve this level of achievement again.

Email ThisBlogThis!Share to TwitterShare to FacebookShare to Pinterest
Labels: the stone roses

IF YOU LOVE US, TELL US!

FORESTROXX hosts no music on this site. In many ways FORESTROXX is akin to a "gentlemen's", or "strip" club, where one may observe the "goods", but cannot own without a price. So, while at our audible strip club, ogle all you damn like but go home to your husband or wife and pay for it like the rest of us poor saps. If you are an artist or label represented on this blog without your consent and you feel the unexpected sincere and glowing praise and exposure to new ears is detrimental to your livelihood or your art, please contact the administrators at forestroxx@gmail.com and they will promptly remove any offending materials. Regards, The Management. Now go get a lap dance! PS - MOST IMPORTANTLY: Remember to always support artists. Spend your hard-earned money on new music. See live music. Buy their mersh. Write them sexy letters.

FROXX: THE PAST IS THE PAST